Amid grey clouds of layoffs and dismal earning forecasts in the software business, employees of Tata Consultancy ServicesBSE -0.56 % (TCSBSE -0.56 %) were in for a pleasant surprise on Thursday.

The country’s largest software exporter has declared 100% of the target variable pay to all employees on its India payroll for the quarter ended December 2017. ET has reviewed the email to employees from the HR department of TCS.

While in the past certain business units of the company and some of its junior and mid-level employees had received the full variable pay — in some cases, even in excess of the amount – rarely, if ever, have all the employees received 100% of the target variable component of their salaries, said the employee. 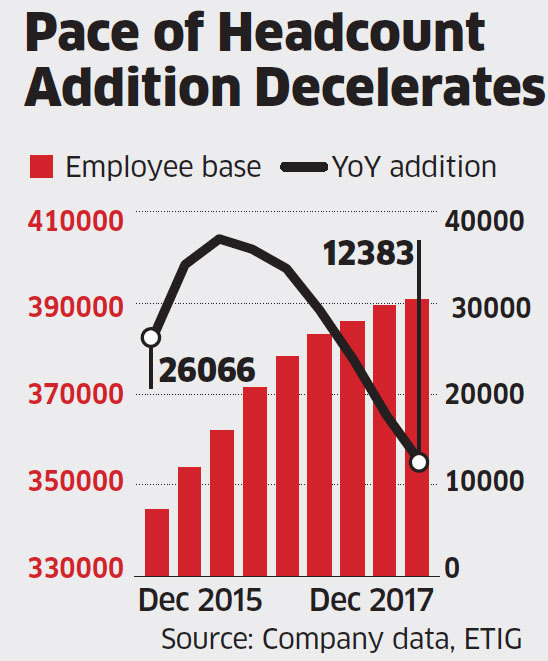 “The proportion of variable pay depends on the performance of individuals, business units and the company as a whole,” Ajoyendra Mukherjee, TCS global head of human resources, said. He said there had been similar payouts in the past but did not share details.

“We delivered a strong performance in the third quarter and accordingly thought to recognise the efforts of employees across business units,” said Mukherjee. He clarified that the company’s workforce outside India does not figure in the quarterly variable pay cycle since it attracts annual payouts.

The payout comes at a time when Indian IT firms fear slower offtake of traditional services as more clients migrate to digital platforms such as social media, mobile devices, analytics, and cloud computing.

Also, rising automation of routine activities has slowed down hiring by software companies.